There have been a lot of sincere voices this week. Some naive, some not, calling for all kinds of responses to the wave of violent knife crime sweeping the streets of the UK.

Suddenly it has become a national emergency. We’re in an uproar because last week the victims of knife crime were pretty young things instead of a homogenized image of  ‘black, inner-city youth.’

The home secretary Sajid Javid wants more money for police overtime, Philip Hammond the chancellor tells forces to use the funds he’s ‘given them already’. Community leaders are calling for trust to be restored in the police and local authorities, for more resources to tackle urban deprivation and hopelessness. Radio phone-ins squawk on about bad parenting, lost morals, and values with a litany of platitudes and claims about how it was ‘back in my day’. Everyone is trying to say and do the right thing and yet we seem to be failing completely to tackle the issue.

Well, I think we need more than the usual moral panic that will become yesterday’s news when this spate of violence has passed.

What I propose are actions so radical and unconventional that at first, most may well dismiss these ideas out of hand claiming that they are utterly far fetched, but I believe it is time for them to receive a fair hearing.

We can begin by asking, what is driving the upsurge in knife crime? What, apart from the odd lunatic, is causing so many deaths of mainly young black men?  It is fairly easy to establish that a very large proportion of it is clearly gang-related crime. Either through conflict over boundaries and territory or acts of initiation and retaliation.

Remove the gangs and most knife crime would cease.

This is not a glib statement. The alternatives to a future with no hope that gangs currently offer to disaffected and impoverished young people are extremely attractive, particularly when set against the abject failure of our governments and society to provide a sense of purpose, meaning and hope for an abandoned generation.

This, coupled with the intense and constant peer pressure, envy, and self-comparison lived out on social media, facilitates the grooming of young, lonely, and vulnerable minds, easily lured by the cars, the cash and the prestige of gang leaders, into a life of crime and violence. It gives them some sense that they exist, that they are part of a community, albeit a criminal one.

Cressida Dick, the London Metropolitan Police Commissioner was asked on a radio interview last week if she agreed that middle class, white recreational drug users, sending out for cocaine at dinner parties have the blood of these youngsters on their hands?

She did agree that they should think carefully about the consequences of their casual drug use but what then becomes clear is that this is a complete misunderstanding of the situation. It is not these recreational drug users that are the problem. Those dinner parties are also filled with other highly addictive and dangerous drugs, like alcohol, and tobacco. 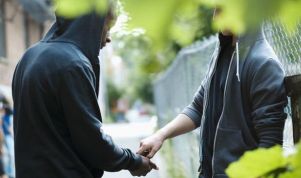 Our leader’s blind and stubborn approach to drug abuse and addiction among other issues is one of the major causes of knife crime and violence and here is why.

What every gang leader in this country fears more than anything, what really terrifies them, is that prohibition might end! Their nightmare scenario is that one day, new legislation will apply to all harmful drugs, that is consistent with the same sensible and intelligent approach we currently have towards alcohol, nicotine, and pharmaceutical drugs like Codien and morphine.

The more dangerous the drug, the greater the need for its control and regulation. The ending of prohibition would not just have the most profound effect on violent crime but would create benefits that vastly outway any negative consequences.

These are some of the benefits I believe would be a consequence of the end of prohibition.

1. Cutting off the lifeblood of gangs. 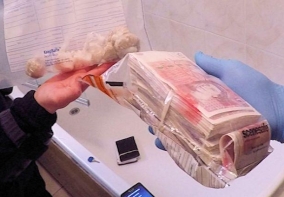 The legalization, regulation, and provision of not just Cannabis but all illicit substances including class A recreational drugs, would immediately drain the underworld economy. It would completely cut off the lifeblood of both money and drugs that gangs need both to support themselves, to lure in new members and to use as tools of control.  Over the last few years, many gangs that were previously adversarial have joined forces creating ‘super gangs’ ending petty conflicts and allowing them to concentrate on their goal of more business and more money. Their trade is drugs and these are now mafia-style cartels that could be undercut and taken out almost overnight with the ending of prohibition. It would at a stroke, remove their entire mode of operation and without the promise of wealth and status, they will have nothing of value to offer to those same young and easily manipulated individuals.

2. Children would have far less exposure and access to drugs and gang culture.

Taking over the supply, distribution, and regulation of all dangerous drugs would instantly remove them from outside the school gates and the streets where our children socialize. No gang could survive on just selling to minors. The bulk of their deals are with adults so by removing the demand for drugs sold on the street, we would be much more able to keep minors away from both the danger of drugs and gang culture.

3. Police resources would be freed up to deal with other crimes including terrorism.

There are of course other reasons for violent crime. Whether it involves, knives, guns, acid attacks and then there is rape, terrorism, and domestic violence. All of these urgently need more resources and funding to reduce the numbers of victims that suffer from attacks. Ending prohibition would have a huge impact on the wherewithal and capacity for law enforcement and the courts to deal with these very serious issues. It could only have a positive effect on preventing and detecting serious crimes of all kinds.

4. Those who are currently incarcerated for possession of drugs could be released. 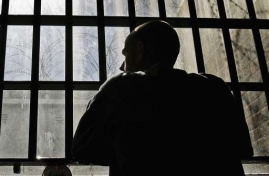 It costs the taxpayer £80,00 a year to keep a prisoner behind bars. If people charged with possession offenses who have not caused harm to others were released from prison and supported back to a role in society, those huge costs could instead be used to create co-ops and organizations that would not just save those lost funds but would, in fact, generate more resources through taxation and employment. Dealing with drug abuse as a public health rather than a criminal justice issue would not only bring back tens of thousands of left behind individuals into useful creative endeavor but would also remove them from the influence of the most drug-riddled and gang- infested institutions in our land. Prisons.

5. Drug abuse would actually decrease and deaths by overdose would be eliminated.

Ending prohibition is unlikely to increase drug abuse. This has been born out in statistics from countries that have legalized Cannabis for recreational use.  The truth is very few people would willingly choose a life of drug addiction and the decision to use drugs is not affected by availability nor a lack of it. Anyone that wants to try heroin can easily purchase it within a few miles of their home.  The savings in law enforcement resources and tax revenue would more than fund the creation and operation of safe places for those who have become addicted to drugs. Where they could receive them in safe quantities and would be much less likely to overdose. They would also be far more willing to accept help and support towards rehabilitation from professional and caring staff.  Instead, where we do we currently force these vulnerable and fragile people to go? To Buy dangerous drugs, cut with all kinds of lethal substances from criminal dealers who care nothing of their welfare, in fact, care only that they remain addicted. This is the insanity of the current policy of governments around the world.

There would, of course, be stumbling blocks and challenges along the way but I believe that the current system simply fails to address the reality of the situation. Prohibition of illicit drugs is a global phenomenon and changing hearts and minds – persuading governments and nations to see a new and revolutionary way of handling the current crisis is unlikely to happen anytime soon. That is though, no reason to not begin the conversation. To not call upon ourselves to grapple with the possibilities.  Knife crime, gangs, and violence have become normalized and to some degree accepted as part of modern life. But for those who live with the daily reality and suffer the consequences, it is a matter of life and death. We cannot continue to do what we have done and expect a different result!